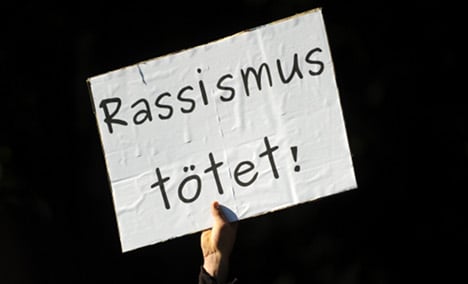 The Council's human rights body, the ECRI, found that Germany's approach towards discrimination, xenophobia and racism needed to improve, the Süddeutsche Zeitung reported.

There was also too much effort concentrated on the threat posed by the far-right, meaning that other forms of discrimination were overlooked.

The ECRI advised Germany that the system in place to assess “racist, xenophobic and homo-trans-phobic attacks” needed to be overhauled.

One reason being that official government crime statistics and those compiled by non-governmental organizations differed greatly.

It did, however, praise Germany’s reaction to failings that emerged during the investigation of murderous far-right terror cell the National Socialist Union (NSU).

Specifically, it lauded the forming of a centre for defence against the extreme right by the interior ministry, and mass resignations of top level security agents.

But the report did say it had “grievous doubts” that Germany's police had quite learned enough from their evident shortcomings exposed by the NSU scandal, Die Zeit weekly newspaper reported.

Authors also called again, as in their 2008 report, for a reform of the country's criminal law.

Germany should follow the lead of other EU countries in defining racial motivation as an aggravating factor in a crime when passing sentence, it said.

Currently this is not the case. Even racial incitement and hate speech is only punishable when found to have “disturbed the peace” – something which is hard to prove.

The report also criticized the German Association of Cities for its warning about Romanians and Bulgarians entering the country after changes in law earlier this year.

The Council of Europe regularly checks how its 47 member states handle racism and intolerance.