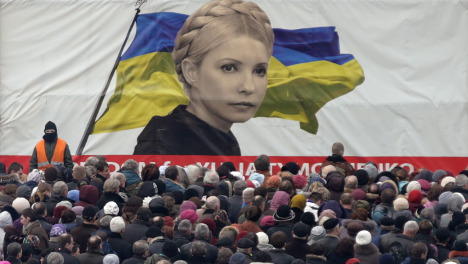 Photo: DPA
A statement on her website said: "Former prime minister Yulia Tymoshenko has accepted the offer of treatment from German Chancellor Angela Merkel."
It added she would seek treatment for her back problem after attending the European People's Party congress starting in Dublin on March 6th.
She will be seen to at Berlin's Charité Hospital.
Berlin doctors saw the 53-year-old while she was imprisoned in the Ukraine by her now ousted rival and former president Viktor Yanukovych.