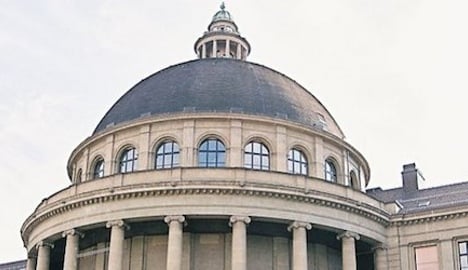 German-born archaeology professor Christoph Höcker is sick of being told to go home by the Swiss.

Now the 57-year-old has left his job as a lecturer at the prestigious Federal Institute for Technology (ETH) in the Swiss capital Zurich to return to Germany.

The final straw came when Swiss voters narrowly approved a motion earlier this month to restrict immigration from neighbouring EU countries – including Germany.

"Time and again you read in the [newspaper] comment pages that the Germans might just finally disappear," wrote Höcker in an email to his students on Tuesday. "Well, that's what I'm doing; I've handed in my notice."

"I'm sure that some country bumpkin from Obwalden will manage to wangle the course," wrote Höcker.

“I do not want more exposure to the increasingly xenophobic climate in Switzerland,” Höcker told Switzerland’s 20 Minuten newspaper.

The professor, who took up the regular lecturing post at the ETH in 2001, also has a teaching post at the University of Augsburg in Bavaria where he lives most of the time.

As a German, Höcker told the paper he had felt unwelcome in Switzerland for some time.

The country is not a member of the EU but counts the bloc – and Germany in particular as its main trading partner.

Yet amid growing anti-foreigner feeling stoked by the right-wing populist Swiss People's Party (SWP), some show open resentment towards well-educated Germans moving there who are perceived to steal the top jobs.

Höcker, who was born in Kiel, believes this shows the extent of anti-German feeling, which he says he has experienced firsthand.

"My tyres were slashed because my car has a German number plate. They broke off my mirror and showed me that I wasn't wanted here," he told Zurich-based Tages-Anzeiger newspaper.

"I've been to many countries, but nothing like that has ever happened to me anywhere else," he added. He called on German nurses and doctors to follow his example and get out of the country.

"If the Swiss don't want us, they should see how they get on without us," said Höcker, and went on to warn that ETH would likely lose The Times newspaper ranking as the best university in continental Europe unless it continued to attract top minds from across the world.

"If the international network collapsed it would be fatal," he told the paper.

Höcker, an expert in ancient architecture, emphasized that he had had no negative experiences from his students, many of whom have contacted him to offer their support.

But other ETH staff have questioned whether the professor, who has not lived full time in Switzerland, may have overreacted to the vote.

"We don't recognize this problem of hostility towards Germans and I'm speaking from my own experience here," Höcker's colleague at the ETH History and Architecture Institute Andreas Tönnesmann told the paper.

Höcker's decision appeared to have been quite sudden, said Tönnesmann. "He did not inform me and went straight to the students. I suspect however, that Mr Höcker overreacted."

When asked for a comment by The Local, ETH said they first found out about Höcker's decision from the media. "We don't want to comment on his personal decision," a spokesman said.