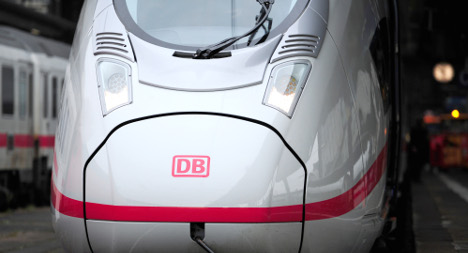 The ICE 3 in Frankfurt on Tuesday. Photo: DPA

Manufacturers Siemens handed the first four of the ICE 3 trains over to Deutsche Bahn late last year and the first of these left Frankfurt station on Tuesday morning.

A further four will be delivered by the end of March and 17 will be made in total, but the complete set is not expected to be up and running until 2016.

Siemens had hoped to deliver the trains more than two years ago, but delays were caused because of problems with the control system for the brakes and getting authorization from rail authorities.

The trains were also held up while waiting to get permission to run on tracks in Germany and other European countries. The ICE 3 also being made for use in France, Belgium and the UK, making the design more complex as the trains must be able to operate on the different rail systems of the separate countries.

The ICE 3 has finally got permission to run in Germany and will now seek permission in France, Belgium and the UK.

Siemens CEO Joe Kaeser admitted in a talk at Munich's Technical University in December that the delays were “super embarrassing”.

But Deutsche Bahn said the ICE 3 had a “smooth start” on Tuesday.

CLICK HERE for a look inside the new ICE 3 “It differs from its predecessor with a newly designed head shape and the continuous high roof to improve the aerodynamics,” the train operator said in a statement.

Busemann said that the 444-seat trains, which can travel at 300 km/h, also had better disabled access.

The ICE 3 will initially run between Cologne, Frankfurt and Stuttgart.

In June last year, Deutsche Bahn was granted an operating licence for the Channel Tunnel and the firm plans to use the ICE 3 on its services there, but that is unlikely to be before 2016.