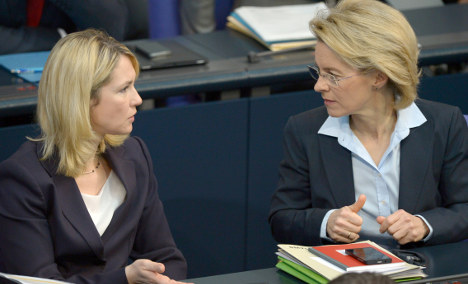 Manuela Schwesig (l) and Ursula von der Leyen (r) both regularly sleep in their offices rather than renting in Berlin. Photo: DPA

Family Minister Manuela Schwesig is one of several cabinet members who regularly spends the night in her office rather than rent a flat in the capital, Der Spiegel magazine revealed on Sunday.

The ministry room, which is kitted out with a bed, a chest of drawers, a shower and access to a kitchen, serves as the Social Democrat (SPD) politician's home from home while parliament is in session.

The room was built while Ursula von der Leyen (CDU) was family minister. The current defence minister now sleeps on a narrow bed in a tiny 7.4-square-metre corridor in her new workplace, a ministry spokesman told the magazine.

Justice Minister Heiko Maas and Labour Minister Andrea Nahles (both SPD) also stay overnight in their offices, according to the report.

"With their abundant salary ministers should be in a position to rent a flat in the capital," head of the parliamentary budget committee and member of the far-left party Gesine Lötzsch told the magazine.

The ministers do not have to pay rent on the accommodation, but must declare up to €221 a month "fringe benefit" on their tax returns for using the rooms.

Meanwhile, lawyers questioned whether ministers were legally allowed to move into their offices full time.

"If a minister sleeps on a sofa bed once in a while there can be no objections," said Berlin-based law professor Ulrich Battis.

"If a minister moves in long term to a whole flat in the ministry, that's highly problematic."

A German government minister earns around €14,000 a month on top of benefits and expenses. 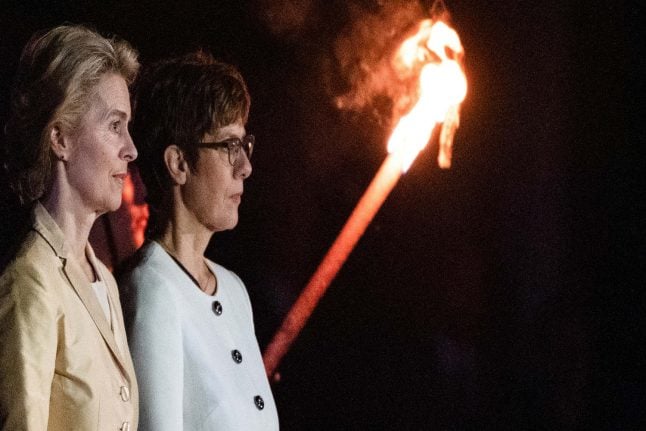 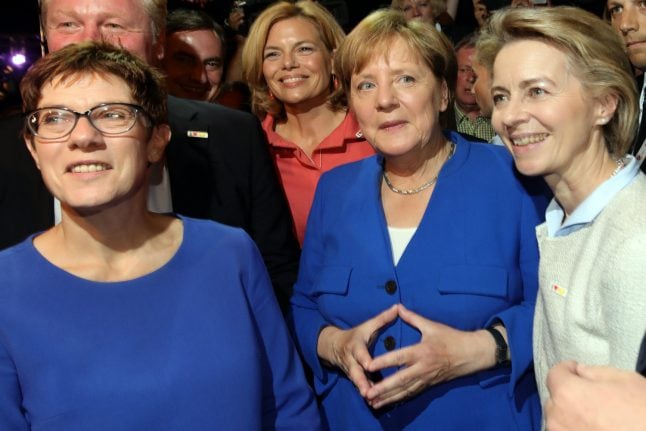