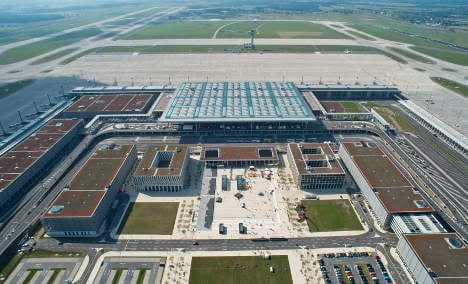 It is the latest in a long line of setbacks to hit the Berlin Brandenburg International Airport (BER) which is over budget and behind time. It is expected to open in 2015 at the earliest. Officially the cost of the airport is €4.3 billion.

Despite the huge cost, the airport will only have a capacity of 27 million passengers a year, which means that its ageing neighbour, Schönefeld, will need to stay open.

The original plan had been for Schönefeld, which caters for budget airlines, to merge with BER.

But on Wednesday BER airport spokesman Ralf Kunkel said keeping Schönefeld open to deal with capacity problems was an “option which we’re looking at”.

The airport’s chief executive Hartmut Mehdorn has reportedly already brought the idea to the airport’s supervisory board.

Keeping Schönefeld in operation would increase capacity by 7.5 million passengers a year and avoid further costs of building a new terminal.

The farce around BER airport appeared to reach its peak in January when it emerged Mehdorn would be facing himself in a court case.

Berlin airport is facing compensation claims issued by Air Berlin for the airport’s delay – filed when Mehdorn was CEO of the airline.