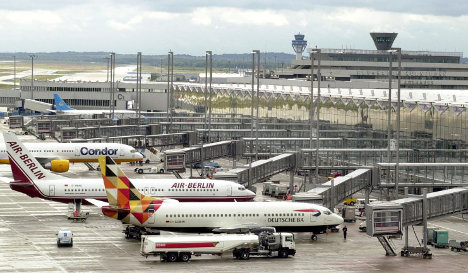 Spiegel magazine reported on Wednesday that although weekend city breaks have become more expensive recently on the back of rising fuel bills, this should turn around during 2014.

Airline giants are preparing a big push into the budget market, the magazine said, with Lufthansa gradually transferring all its domestic traffic apart from Munich and Frankfurt routes, to its cheap subsidiary Germanwings.

By the end of the winter, this will apply to 23 formerly Lufthansa routes to and from Hamburg and Berlin – with corresponding price reductions.

From the end of March, this will also apply to international flights from Hamburg – to places including Amsterdam, Geneva, Madrid, Paris and Zurich. By the end of the year this will apply to all other German airports apart from Munich and Frankfurt – meaning more than 80 Germanwings planes will be in service, the Spiegel said.

Easyjet is also intending to expand in Germany, increasing the number of flights from Hamburg from six to 17 this spring. Adding to this, Scandinavian budget airline Norwegian is planning a string of new routes between Germany and Spain.

These are expected to include flights for as little as €29.90 each way between Hamburg, Cologne and Munich to Alicante, Malaga and the Canary Islands of Tenerife and Gran Canaria, and Hamburg to Barcelona and Madrid, and from Berlin to Barcelona, Gran Canaria and Tenerife.

Homegrown budget airline Germania is focussing on smaller airports, adding flights this summer from €68 each way, between Friedrichshafen, Kassel and Rostock to Antalya in Turkey, as well as connections between Rostock and Varna in Bulgaria, Erfurt and Rhodes, and Bremen and Gran Canaria.

The Spanish budget airline Vueling, a subsidiary of British Airways and Iberia, the Spiegel said, was already offering connections between most large German airports and Barcelona, but will add flights to Malaga, Bilbao and Florence.