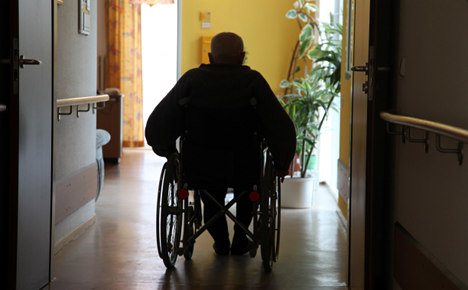 The Federal Court of Justice ruled on the case of a man who had broken off contact with his father 43 years previously – and refused to pay a €9,000 bill from his recently deceased dad's care home. The city state of Bremen took him to court for the money.

But judges said that the “dissolution of the family system” was not enough of a “serious breach” to waive the fees.

This means that if an elderly person cannot pay for their care, the costs must be taken on by their children even if they are hopelessly estranged.

Initially the Oldenburg court told the man he had to pay, Welt newspaper reported. But he appealed, taking the bill to the Federal Court of Justice – one of the country's highest courts – to have his case heard. It was there that his appeal was rejected.

The pair began to lose touch shortly after the son's 17th birthday. They had sporadic contact in the year after that, but then never spoke again.

This is not the first case of its kind to crop up in Germany. In 2010 a son had to pay a €40,000 bill for his mentally ill mother's elderly care, despite the fact that she had abused him.