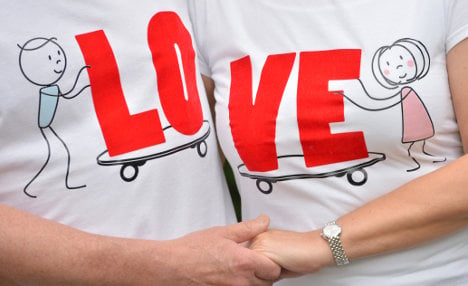 It's easier than you might think to try to deliver a compliment about a person's looks in German, but end up asking them to undress and, despite the lack of fuss Germans may generally make about taking off their clothes, this might not go down so well in a bar.

Cafés can also be surprisingly dangerous places for ladies with an eye for a handsome barista. A Freudian slip can turn a request for a latté into asking for a Latte, which can only end badly in a public space. The German language, while beautifully precise in many ways, fails to draw the crucial distinction between male friend and boyfriend, and female friend and girlfriend.

Take a browse through our top ten language traps to avoid  – and feel free to take some notes for Friday. 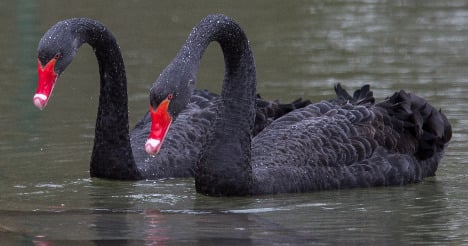 Two black swans swim side by side in the Munich zoo. Photo: DPA

Some zoos are even offering whole packages including champagne or mulled wine to complete the loved-up atmosphere. “We want to show something about the biological background of behaviour,” Nuremberg Zoo educator Christian Dienemann said. “It shouldn't be a lot of hot air, nor deadly serious, but with a wink.”

Humboldt penguins cleaning one another in Bremerhaven zoo. Photo: DPA

Penguins are perhaps the best-known monogamous animals, sometimes even sticking with one partner for life. And they show much more courtship behaviour at the beginnings of relationships than when raising children later. Meanwhile, flamingos use highly ritualized touching behaviours in their courtships. “One could say that they dance,” Dienemann explained, as individuals seek out a partner who can match their sense of rhythm.

A Pygmy marmoset carries its child on its back. Photo: DPA

And pygmy marmosets from South America – the world's smallest true apes – always have twins when they reproduce. The mothers don't do anything for their young but nurse them, with the men taking on the rest of the childrearing.

Lions, meanwhile, are well-known for their ferocity in mating just as much as in the hunt.

Pairs get together for a few days while the females are in heat, mating up to 50 times a day – or every 15 minutes.

“As a human being, you can absolutely ask whether you would enjoy that too,” Dienemann acknowledged.