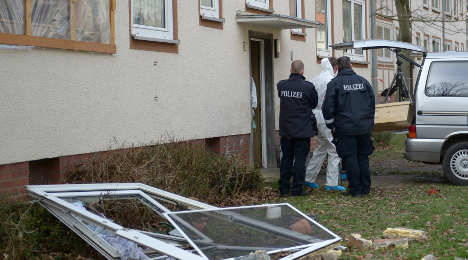 The scene this morning at the building in Salzgitter, Lower Saxony. Photo: DPA

Neighbours in the industrial town of Salzgitter in Lower Saxony alerted emergency services at 6.30am following the blast, police said in a statement.

As well as the young girl, a 27-year-old woman and a man were also killed.

Witnesses told the local newspaper, the Salzgitter Zeitung, they heard screaming from inside the home prior to the explosion.

Other people were reportedly pulled out from the building by neighbours, but a fire prevented them from going further into the home.

Firefighters were able to put out the blaze relatively quickly, but the force of the explosion was such that it blew windows onto the street.

It is unclear how the explosion occurred, but police and the state prosecutor are now investigating.