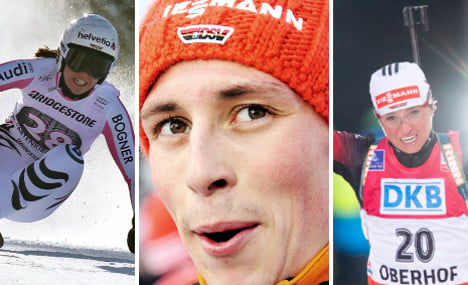 The run-up to the 2014 Games in southern Russia has been somewhat fraught with rows and boycotts over construction, preparations and the country's controversial policy on homosexuality.

But with or without controversy, it all kicks off this weekend, with the official Sochi website already sporting an interactive events timetable alongside the Games' tagline "Hot. Cool. Yours.".

And Germany's finest moved into their custom-built compound on Tuesday to rest up for the challenges ahead.

The team is under pressure to top its record haul of 30 medals from the 2010 Games in Vancouver, but who are Germans pinning their hopes on?

The Local has picked out ten of the team's shining stars to look out for on the slopes, on the ice and on the podium.