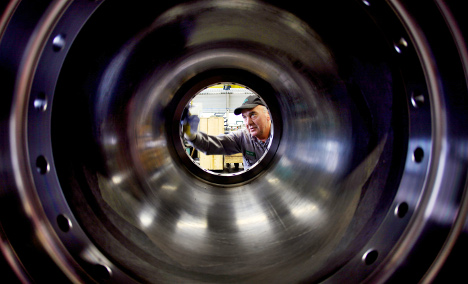 Photo: DPA
The manufacture of machine tools is an important part of Germany's industrial and export performance.
In December alone, overall incoming orders were down by six percent compared with the level in same month in 2012, industry federation VDMA said in a statement, with export orders falling by 4.0 percent and domestic orders down by 10 percent.
Taking a three-month comparison to iron out short-term fluctuations, overall orders were down by three percent in the period from October to December, with foreign orders falling by two percent and domestic orders down by four percent, VDMA calculated.
CLICK HERE for The Local's Business section
And for 2013 as a whole, it was a "difficult year for the mechanical engineering sector," with overall orders falling by two percent, VDMA complained.
"There was a sharp setback in December both in Germany and in the neighbouring eurozone countries," said VDMA's chief economist Ralph Wiechers.
"Data for a single month do not, of course, carry too much weight on their own. But we had hoped for a better end to a difficult year," Wiechers said. "We're now pinning all our hopes on 2014."
READ MORE: Students break record for biggest paper plane 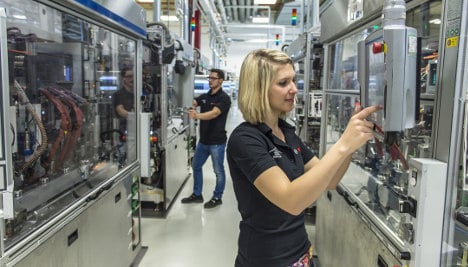