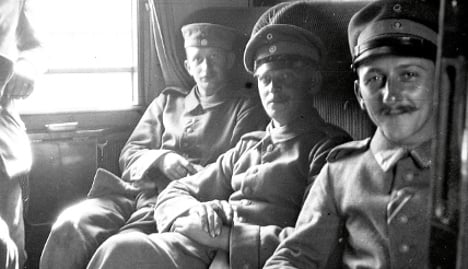 Walter Naumann from Leipzig was sent to the front in 1914 with the 105 King Wilhelm II infantry regiment of the Royal Saxony Army.

He was an amateur photographer and had worked in hotels in London, Paris, Grenoble and Atlantic City before the war, bringing his camera with him everywhere.

His father owned a restaurant in Bad Düben, north of Leipzig. Naumann’s pictures show all of life from ruins and graves to a soldier’s workout and relaxing on the French front.

After the war he returned to Leipzig and went on to work in restaurants across Germany, before dying in 1952.

The hundreds of photos stayed in a trunk with his family, but have now been published thanks to an EU-funded online project called Europeana which is gathering archive photos and documents about World War One from across the globe.