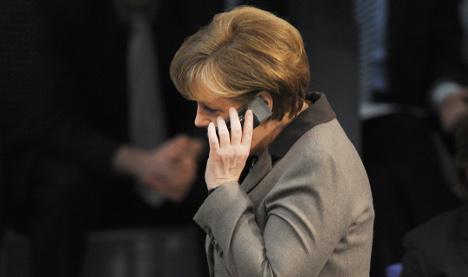 The CCC and the International League for Human Rights (ILMR) filed the complaint on Monday with the Federal Prosecutor General's office.

It accuses the German government of acting illegally over mass electronic surveillance in Germany by the US National Security Agency (NSA), revealed by whistleblower Edward Snowden.

A statement on the club’s website said: “We accuse US, British and German secret agents, their supervisors, the German Minister of the Interior as well as the German Chancellor of illegal and prohibited covert intelligence activities, of aiding and abetting of those activities, of violation of the right to privacy and obstruction of justice in office by bearing and cooperating with the electronic surveillance of German citizens by NSA and GCHQ.”

The CCC claimed in the statement it now had “certainty that German and other countries' secret services have violated the German criminal law”.

It accuses the government of "violation of privacy" and "obstruction of justice".

Dr Julius Mittenzwei, attorney and member of the CCC, said: “Every citizen is affected by the massive surveillance of their private communications.”

“An investigation by the Federal Prosecutor General is necessary and mandatory by law – and a matter of course,” he said.

The complaint also asks to bring Snowden to Germany as a witness.

The Federal Prosecutor General's office will now process the complaint.

READ MORE: Kerry in Berlin says US is 'committed to privacy'