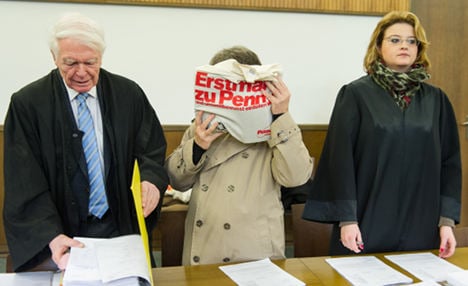 The 63-year-old self-styled "Prince von Hohenlohe" managed to get at least €83,000 from investors under the pretence of wanting to set up a company, the Mosbach court in Baden-Württemberg heard on Friday.

To convince them he was the real deal, he told them he was not only a prince but a diplomat and a friend of President Barack Obama and Chancellor Angela Merkel.

The man, named only as Roland Johannes P., also claimed to own a gold mine and the World Bank.

He lied to at least two investors, who themselves had to take out loans to make the payments, saying that if they put money in the firm they would be put in charge of it.

When one of the men failed to pay him enough money, he moved into his house.

There, he allegedly raped the investor's wife numerous times.

He told the woman her house was being watched, and threatened to kill her husband and son if she did not comply.

He would, the court heard, tell the woman to “be quiet, or you'll end up a cleaning lady”. She is still traumatized, the state prosecutor said.

Judge Alexander Ganter handed the man an 11-year-sentence, falling just short of the 13-year one being pushed for by the prosecution. The judge said the con artist had acted “completely unscrupulously”.

“Nothing mattered to him,” the judge added. “It was only important that he had their money…what we have here is the manifestation of a narcissistic personality.”

Throughout the trial, the man fiercely defended his innocence reportedly telling the court in a dramatic voice, "you certainly have a difficult decision to make.”

When he was arrested he claimed that he was suffering from stomach cancer – but this was later found to be a lie.

After handing down the sentence, Judge Ganter said that he would be surprised if, when he comes out of prison, the con artist does not reoffend. “He will carry on exactly where he left off,” he said.