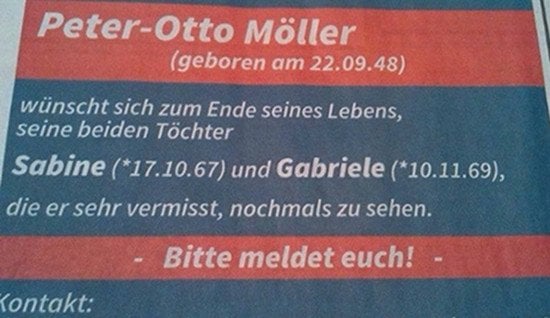 The advert appealed for the man's daughters to get in touch. Photo: Screenshot/mimikama.at

The man asked staff at his care home in Wuppertal, North Rhine-Westphalia, to place an advert in the Westdeutsche Allgemeine Zeitung (WAZ) appealing for his children, Sabine and Gabriele to get in touch. He was too ill to place the advert himself.

The message said that Peter-Otto Möller, 65, badly missed his daughters. “Please get in touch,” it read.

Placed at the end of January, it soon went viral after a woman in Wuppertal took a photo of it and put it on Facebook, where it has been shared and "liked" 54,000 times.

The Wuppertal care home confirmed to The Local that the announcement was genuine. A spokeswoman said staff had put the advert in on behalf of Möller. 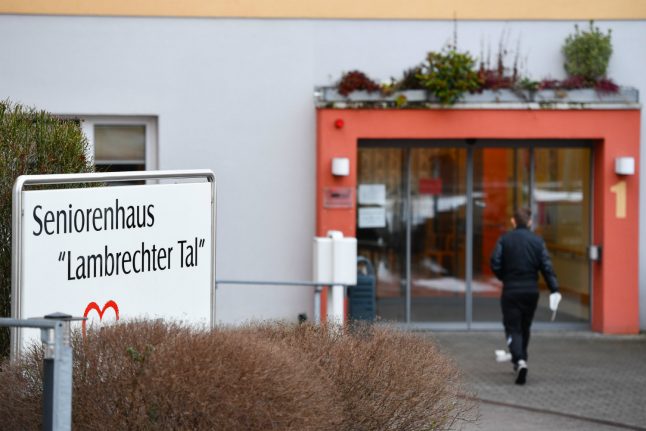