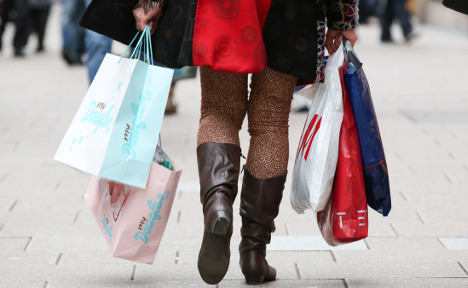 But 2013's rise was helped by major deals including the purchase of Kabel Deutschland by Vodafone for €5.6 billion.

Germany also rose up the global rankings of the world’s most attractive foreign investment locations to 14th from 40th the year before.

The top spots in the global rankings were held by the USA, China and Russia.

The index, which stood at 7.7 points in January, is expected to rise to 8.2 points in February.

"German consumer sentiment has started the new year full of zest," market research company GfK said in a statement. "Expectations with regard to both the economy and to income, as well as the willingness to spend, are rising sharply."

The statement added: "Consumers believe the economy is on the up, as indicated by the fifth consecutive monthly increase in economic expectations.

"Income expectations have also risen as a result to the highest level in 13 years.

"And the propensity to spend has topped the seven-high year recorded last month."

The reading is based on responses from about 2,000 households regarding their expectations about pay and the economy as a whole in the coming months, as well as their willingness to spend money.