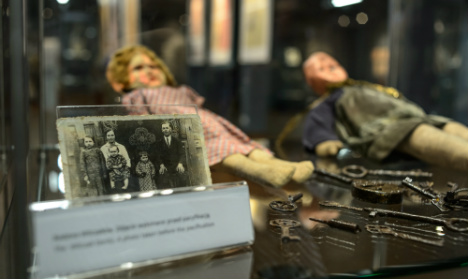 Officers detained the Poles in the eastern city of Lublin on Thursday and charged them with incitement to hatred, after three of them were caught putting up posters at bus stops reading "Zionists Leave Lublin", police said in a statement.

They identified one of the men as 50-year-old Krzysztof K. – omitting his last name because of privacy laws – who according to local media worked as a graphic designer at the museum at the former Majdanek camp.

He had allegedly worked there for over two decades and printed some of the anti-Semitic posters on office equipment.

"We've launched an internal investigation at the museum. Management has decided to suspend him from duty while the case is being clarified."

Police said the group, who also included a local businessman and several unemployed individuals, had been putting up anti-Semitic posters around the town since 2010.

They face up to seven-and-a-half years in prison.

Nazis set up the Majdanek camp on the outskirts of Lublin in 1941 until 1944.

The museum estimates that 80,000 prisoners, including 60,000 Jews, died there – around half of those who passed through the camp.