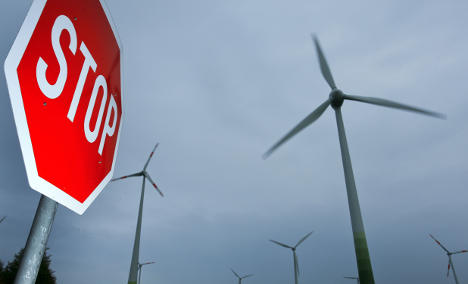 Prokon, which builds and manages wind parks, has been a leading player in Germany's ambitious plan to switch to renewable energy. It managed to attract 75,000 investors through a successful advertising campaign.

But after months of speculation that the company was close to ruin, Prokon filed for insolvency. Investors had reportedly pulled €227 million of a total investment of €1. 4 billion, leaving the company far short of the 95 percent capital investment it needed to stay solvent.

Prokon said it would remain operational and was confident "the present difficulties could be overcome." However as the situation currently stands, the company can only afford to pay its 1300 employees for the next three months.

"It's in the interest of this state that manufacturing continues," said Reinhard Meyer, economics minister of Schlewsig-Holstein, where the company is based.

Prokon offered investors so-called "participation rights," which – while offering high returns – did not entitle them to any part in decision-making.

According to the Süddeutsche Zeitung, lawmakers are now considering pushing forward regulation aimed at preventing high-risk companies from misleading investors.

"The government will implement consumer protection as outlined in the coalition agreement. At present that includes dealing with the current case of Prokon and its potential consequences," German finance minister Wolfgang Schäuble said.

"The current debate about Prokon shows that consumers need better protection on the financial markets," Ulrich Kelber, state secretary at the ministry of justice told the Handelsblatt.

The future of Prokon is likely to have a large impact on whether Germany manages to phase out nuclear power and switch to renewable energy sources within the next decade.

Renewable energy has been an important issue in coalition talks. One of the major issues concerns a green energy tax. On Thursday, the government announced it would not be imposing levies on people with small solar panels on their homes, as well as facilities producing low amounts of energy.