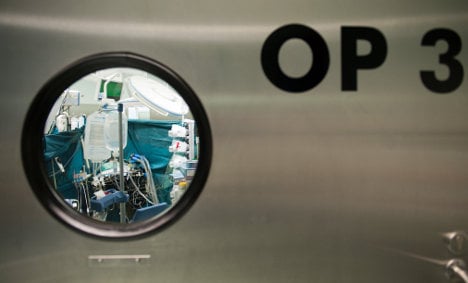 Of the 18.6 million patients treated in hospitals and clinics each year, 190,000 patients report mistakes in their treatment. Of these errors, around 19,000 have fatal consequences, statutory health insurers AOK said following an investigation.

The number of general mix-ups was much higher, with around 360,000 to 720,000 incidents occurring that should not, each year.

Cases of mistreatment included everything from contracting hospital infections, to being prescribed the wrong drugs and having foreign objects left inside the body after operations, the report said.

"More people die each year from hospital mistakes than in traffic accidents," the report said, after analyzing health risks patients faced in the medical system. Around 3,300 people die on the country's roads annually.

And each year an estimated 40,000 health insurance customers raise complaints about their treatment, whether with their doctor, the insurance company, or the courts.

But spokesmen for German doctors claim mistakes are rarely the result of medics doing a bad job, blaming instead organizational problems and the complicated nature of many medical procedures.

The Society of German Hospitals (DKG) insisted that safety standards in German hospitals are the highest they have ever been. "You see it in the international comparison," according to CEO Georg Baum. "Readiness to keep improving quality and safety has never been greater."

And CDU federal health minister Hermann Gröhe has announced hopes to make successful treatment a "touchstone" for patients in Germany, partly through a proposed institute to collect complete data and feedback from patients on every treatment they receive.

Among the goals of the new institute is the creation of a hospital "league table" based on treatment success rates, in which poor results are punished with funding cuts.