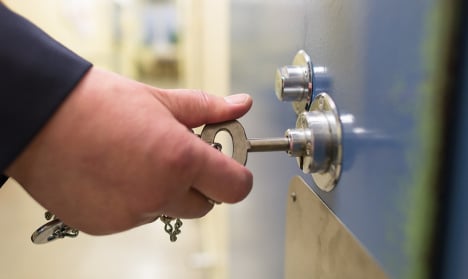 The 54-year-old was freed by police in the city of Cali, western Colombia, on Sunday, after being found handcuffed and chained at the back of a store.

The man described how he had flown to the country expecting to see the woman he had been communicating with online. Instead, he was met by her step-daughter and two others, who offered him something to drink.

The man lost consciousness after taking the drink and woke up, bound and hidden away in a shop, where he was found by members of Cali police on Sunday.

The investigators believe the group of individuals intended to hold the German for ransom, demanding money from his family in exchange for his freedom, police chief Colonel Hoover Penilla told Colombian newspaper El Pais.

The suspects, a woman aged 20 and her two male companions, aged 43 and 52, were arrested soon after.

"Everything seems to indicate that the stepdaughter, in the company of two other men planned to keep this person kidnapped and then ask for a large sum of money," the police chief said.

Figures released by Colombian police indicate that the crime is common in Cali. Last year 12 people were set free by Cali police after being kidnapped and 67 arrests were made on suspicion of kidnapping.