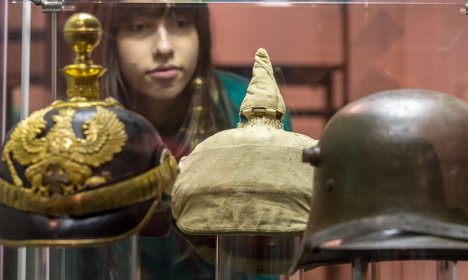 The study by pollsters Forsa revealed 69 percent of the 1,004 people questioned said they were "very interested" in the subject. But among 14-to-29-year-olds that figure jumped to 77 percent.

Published in Stern magazine, the research comes after news that, whilst it will sponsor some local events through 2014, the German government has as yet no plans for any large official public ceremonies of to mark the start of the conflict which resulted in 37 million casualties.

Forsa's results also suggest a majority consensus among Germans that responsibility for the outbreak of war in 1914 was shared between Europe's great powers, rather than being the fault of any one country in particular.

Fifty-eight percent of those surveyed said the blame rested with all the states involved in the war, while just 19 percent believed the German Empire, under Kaiser Wilhelm II, had been the nation at fault.

Nine percent pointed the finger at other warring states for instigating the conflict, Stern reported.