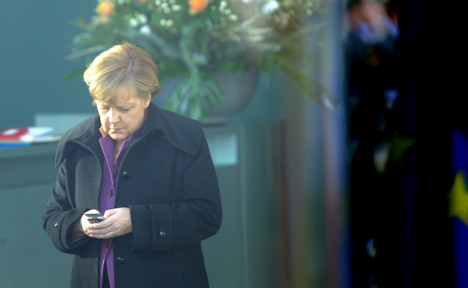 The Süddeutsche Zeitung report came two days after the newspaper said that similar US-German talks were seen close to failure, sparking denials from both Berlin and Washington.

Chancellor Angela Merkel was particularly angered by news that the US National Security Agency (NSA) had long monitored her mobile phone, further straining ties between the transatlantic allies.

In the aftermath of the Snowden revelations, Germany "is negotiating with the EU member states a European anti-espionage agreement," the Süddeutsche and public broadcaster NDR reported.

Such a pact had been discussed confidentially for months in Berlin and would commit the countries of the 28-nation bloc "to refrain from mutual espionage", both political and economic, the daily said.

The envisioned agreement "would allow surveillance only for previously agreed purposes such as combating terrorism and the proliferation of weapons of mass destruction," said excerpts of the Thursday report.

"In addition, the services of the 28 member states would commit not to ask other intelligence agencies for data on their own citizens if this is not also permitted under national law," it added.

Germany's foreign intelligence service the Bundesnachrichtendienst (BND) was leading the talks at the request of Merkel, who wanted to reach a pact on EU "common intelligence standards," it said.

News reports citing leaked information from Snowden said GCHQ had eavesdropped on German online traffic by tapping ocean-floor fibreoptic cables and that its embassy in Berlin, like the US mission, has a listening station on the roof.