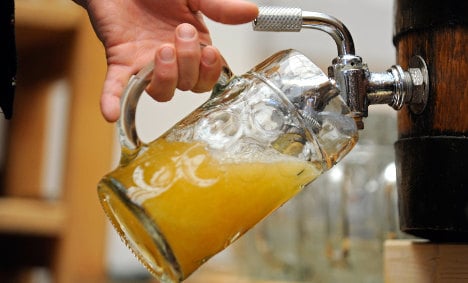 Managers from Bitburger, Krombacher, Veltins, Ernst Barre and Warsteiner as well as Anheuser-Busch held personal as well as phone meetings to fix prices between 2006 and 2008, the Federal Cartel Office ruled.

Head of the Federal Cartel Office, Andreas Mundt, said. “Through our investigation we were able to prove collusion between breweries based primarily on purely personal meetings and telephone calls.” Anheuser-Busch agreed to turn state's evidence in the case – providing information about the price fixing and in return avoiding a fine.

The other five breweries who were fined have cooperated with the investigation in order to reduce their fines.

The Cartel Office is continuing its investigation against two other large breweries and four regional groups from North Rhine-Westphalia, none of which have been named.

In a statement Veltins said it welcomed the end of the investigation and said it had supported the watchdog with its probe.

The fines are well below the maximum which could have been closer to €200 million – or ten percent of annual revenues.