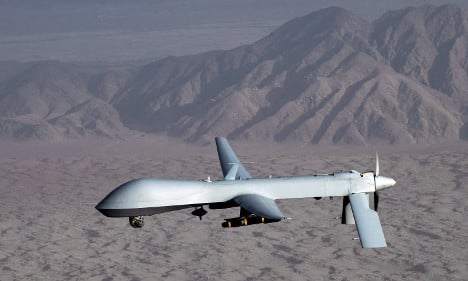 The man, identified only as Patrick K. from Offenbach in Hesse, was not only a convert to Islam, he had also been in touch with the German authorities for years, the Süddeutsche Zeitung reported on Monday.

Although he was killed in the drone attack on February 16th 2012, his death has only now come to light, the paper said. Its reporting, in partnership with the NDR broadcaster, suggested the 27-year-old had moved to the Waziristan region with his wife, thought to be a Pakistani national.

A video, which the Süddeutsche said was posted on a jihadist website by two German Islamists, reportedly shows a short shot of Patrick K. smiling into the camera, and describing his life in Germany. It says he converted to Islam when he was 16, and was later won over as an informant by German security services.

He also said he had close contact with an officer from the Federal Criminal Police in Hesse, and had been approached by the Office for the Protection of the Constitution, Germany's domestic intelligence service.

The Süddeutsche said Patrick K. had been arrested in 2011 ahead of the Social Democrat's Germany Festival in Bonn which marked the party's 150th anniversary, amid fears of a potential attack.

He was only held for a few hours as the gossip about a potential attack proved to be empty. Yet a few days later Patrick K. is said to have travelled to Pakistan.

He was allegedly intending to remain in communication with his police contact, but then disappeared into the border region.

The report says he was travelling in a pick-up truck with several Uzbek fighters in February 2012 around 35 kilometres south of Mir Ali when the vehicle was hit by a drone.

Eyewitnesses said that four drones continued to circle around the wreckage even an hour after the attack. The pick-up was completely burned out and all ten people in it were killed, the Süddeutsche said.