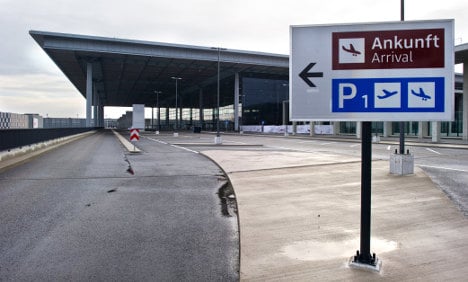 Berlin Brandenburg Airport was supposed to open in 2012. Photo: DPA

“It will, de facto, be such that the airport no longer can be opened in 2014,” mayor Klaus Wowereit said who is also head of the airport's supervisory board.

Airport chief Hartmut Mehdorn had hoped for part of BER airport's infrastructure to be in use in March this year, with the aim of allowing the arrival and departure of 10 planes a day.

But Wowereit's announcement on Tuesday has dispelled those hopes and added another embarrassing chapter to the airport's short but troubled history.

Berlin Brandenburg Airport was set for a fanfare opening in June 2012  with posters dotted around the capital announcing the opening date, and international airlines including it in their schedules.

But multiple delays due to difficulties concerning fire safety, the smoke exhaust systems and construction errors have proven a blow to the capital's image.

As one of Germany's biggest construction projects, it has also dented Wowereit's popularity amid claims of incompetence and having underestimated the problems linked to the plan.

Initial cost estimates of €1.2 billion have long been ditched, and the latest estimate for the project is now around €6 billion.

The new airport is designed to cater for air passengers currently using Berlin's two other airports, Schönefeld and Tegel.