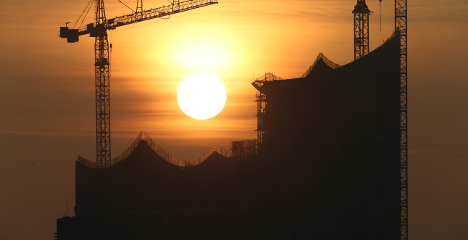 The Elbe Philharmonic Hall is overbudget and late. Photo: DPA

The report from the investigatory committee of Hamburg's city council into the ongoing saga points the finger at a number of public figures for the concert hall chaos.

German taxpayers are expected to spend almost €800 million on the project, which has been criticized by politicians and the media as a waste of public funds. The costs have included €300 on a toilet brush.

Individuals blamed include ex-mayor Ole von Beust, who is said to have ignored uncomfortable details about the construction plans, and Beust's city councillor Volkmar Schön, who is accused of "failing in his responsibilities" by the report, which has been seen by Spiegel Online.

Also to blame is former project coordinator Hartmut Wegener who the report says lacked expert knowledge. He was replaced in autumn 2008. His successor Heribert Leutner was found to have tampered with relevant documents to conceal the scale of the building disaster.

The report also criticizes the building firm Hochtief for setting its initial quote for the project unrealistically low.

The construction company soon began demanding extra funding once the project was underway. Karin von Welck, culture secretary in the Hamburg Senate when the project was started, failed to notify the council of the increasing costs of the project.

Meanwhile, architects Herzog & de Meuron were blamed for the chaos at the Hamburg building site, after failing to stick to the planning schedule.

The role of current mayor of Hamburg Olaf Scholz was not assessed by the committee, as this did not fall within the enquiry.