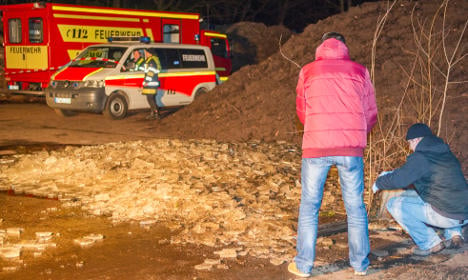 The body was found by a worker at the waste treatment plant in the Großhadern area of the city.

He spotted a dark shape in the frozen cesspit which was filled with water. He made a hole in the ice and realized it was a body.

The emergency services were called and the fire service dragged the body of the unknown woman out of the pool.

The preliminary autopsy results suggested there was no foul play, but the investigation into her death remains open. She was described by police as aged between 20 and 25 years old, 160 centimetres tall and weighing 48 kilogrammes. She has long, light brown hair and was wearing blue jeans and a khaki top.

Police have so far drawn a blank in trying to identify her.