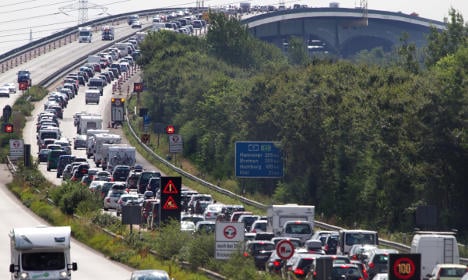 Minister for Transport Alexander Dobrindt is looking to introduce a vignette style system to charge German and foreign drivers on the Autobahn.

But rather than paying the toll for a full year, drivers will be able to pay for a weekly or monthly pass, Spiegel reported on Sunday.

If introduced the charge will mean that foreigners will have to start paying to use Germany’s motorways, but the introduction of short term passes will make it cheaper than critics had initially feared.

Dobrindt is also looking at introducing a reduced rate for greener vehicles.

The coalition agreement drawn up between Chancellor Angela Merkel’s conservatives and the Social Democrats mentions the introduction of a motorway charge, but states that it must not increase the financial burden on German drivers. It is thus seen as a way to get foreigners to start paying to use the Autobahn.

German drivers will have their road tax reduced, meaning that paying the charge will see them pay the same amount as now.

But the plan is facing opposition from other EU countries with Austria threatening legal action, arguing it discriminates against foreigners and is thus against EU law.

If it overcomes opposition it could be introduced at the start of 2016.

READ MORE: Five dos and don'ts on the German Autobahn