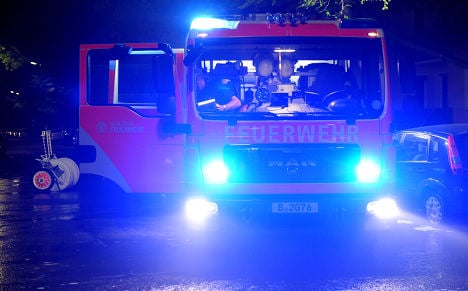 The two parked cars, both BMWs, were parked in different places along Heinrich-Heine Straße in central Berlin. The first was set alight at around 11.40pm, when neighbours alerted the police. Shortly after, the second car was also reported to be on fire.

They both belonged to Turkish diplomats working in the city, a police spokesman told The Local on Thursday. As of yet there are no clues at to who started the fires. "We are investigating it as arson," the spokesman said.

Two other cars were also believed to have been set on fire in the Lichtenberg and Friedrichsfelde areas of the city, both around 1am on New Year's Day.

New Year's Eve was, as always, eventful for police in Berlin. They were called to 4,109 incidents between the hours of 6pm and 6am on New Year's Day. This is fewer than last year, which saw 4,335 call-outs.

Around 157 of these involved fireworks, 80 were for fights and 105 incidents were reported for damage to property.