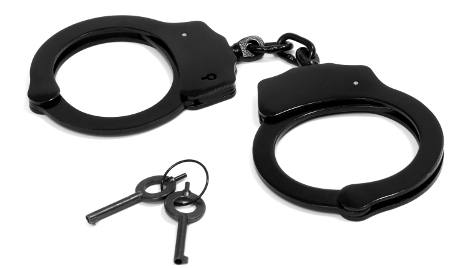 The family had gathered in a flat to celebrate New Year’s in Hösbach, northwest Bavaria, when the boy became bored and decided to rummage in his parents' bedroom – where he found furry handcuffs.

He put them on out of curiosity, police said in a statement, but soon realised he could not get them off and had handcuffed his hands together.

The boy then returned to his family in the cuffs. As he had put them on so tightly the family decided against trying to open them themselves, and the key which accompanied the toy could not be found.

At 9.15pm he arrived, hands tied, at Aschaffenburg-Hösbach police station with his grandmother and mother, where traffic officers freed him using what police described as "special tools".

READ MORE: Naked motorcyclist is talk of the town