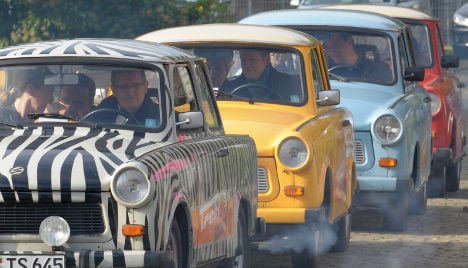 People who don't believe in ghosts are scared

Two avid ghost hunters from Berlin have set themselves up as Germany's port of call for people fearing malign spirits, trawling through everything from old flats to castles seeking the paranormal. The Local's Jessica Ware went along on one of the pair's night-time hunts.

The death of American resistance fighter Mildred Fish Harnack in Berlin in 1943 escaped the front pages of history, but September saw the US embassy in Germany pay tribute to Harnack as the only American civilian executed by the Nazi government. The Local investigated her hidden story, from literature student in Wisconsin to spy in the third Reich.

A loophole in German law allowing citizens to set up their own "mini-states" has led to bizarre situations, including the nine-hectare "kingdom" of self-proclaimed "King of New Germany" Peter Fitzek – but the legal quirk has its dark side too. The Local's Fred Searle looked into the people who tried to carve out their own "Germany within Germany."

In the former Communist East Germany, if you were lucky enough to have a car, it was probably a Trabant – the poorly-made, unreliable "moving cardboard box" was the GDR's workhorse and these days is a symbol of the old regime. But 13 years after East and West Germany reunited, thousands of Trabis are still on German roads. The Local's Alex Evans examined why the infamous communist motor retains its popularity even as numbers dwindle.

'I come to Germany for prostitutes – it's like Aldi'

The legality of prostitution in Germany means the country has become something of a hub for "sex tourism." In a precursor to The Local's series on sex and sexuality in Germany, Jessica Ware spoke with Andrew M. – an American who regularly comes over to Germany to visit the brothels – to get an insider account of commercial sex in the country.

Bruce Springsteen played in Leipzig in July – a return to the former East Germany 25 years after what he said was one of his most important gigs – to people hungry for freedom just 16 months before the fall of the Berlin Wall. Erik Kirschbaum, a Berlin-based journalist for Reuters, argues the gig was important part of the process that led to the fall of the Berlin Wall.

Americans leave their hearts in Heidelberg

Americans have had a love affair with Heidelberg since Mark Twain visited the city. Matthew Luxmoore reported ahead of this summer's US Army's withdrawal after 68 years.

As in any big, mixed European city, conflict is part of the fabric of Berlin. Yet often enough the police are not the right people to call, which is when the city's "Peacemaker", Hassan Allouche, comes in. Jessica Ware tracked him down for a chat.

Thousands from US and UK on German benefits

Thousands of British and American expats in Germany are living off unemployment benefit as calls to restrict payments to “welfare migrants” grow louder. Figures by the Federal Employment Agency show that in June 2013 there were 4,648 Brits and 3,664 Americans claiming unemployment benefit known as Hartz IV.

Refugees began a hunger strike at Berlin’s Brandenburg Gate on at the beginning of October. Watched by police officers and tourists, they told The Local why they had given up food to fight for their rights. 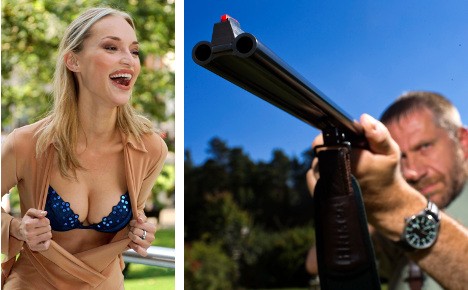