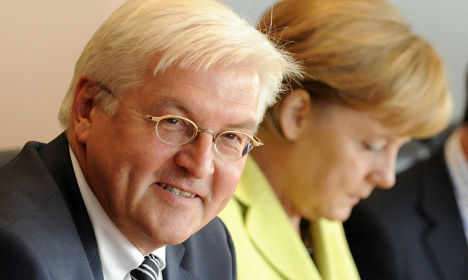 Frank-Walter Steinmeier told Sunday's Tagesspiegel that regardless of the motives, some welcome decisions had been taken in Moscow in recent days.

As well as pointing to Khodorkovsky's release Friday after a decade in jail, he also noted an amnesty bill passed by Russia's Duma lower house of parliament, according to a pre-released extract from the article.

"Both go in the right direction, that is a decent basis for further discussions, which we want to hold, precisely in the area of modernisation and rule of law," it quoted Steinmeier as saying.

The Kremlin critic arrived in Germany Friday after a whirlwind release, hours after his surprise pardon by President Vladimir Putin, in an operation worked out behind the scenes with the German government and brokered by former foreign minister Hans-Dietrich Genscher.