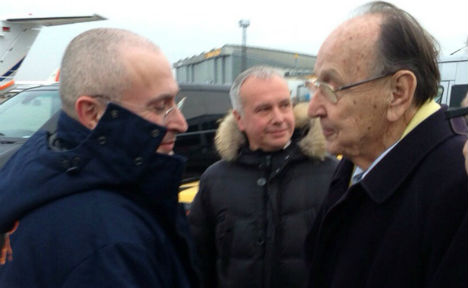 "The eldest son of Mikhail Borisovich, Pavel, has already seen his dad," a spokeswoman for Khodorkovsky, Olga Pispanen, said on Russian radio Echo of Moscow.

"They are now together in Berlin," she added.

Khodorkovsky's parents, Marina and Boris, were also preparing to fly out to Germany to "finally see and hug him," the spokeswoman added.

Released on Friday after 10 years behind bars, Khodorkovsky is "feeling well" and will give a news conference on Sunday, she said, with the date and place to be confirmed later.

Khodorkovsky's 79-year-old mother, who has cancer, said she was taking sedatives to help her cope with the strong emotions sparked by his release.

"We survived grief but it is also apparently hard to survive joy," Marina Khodorkovskaya said in an interview broadcast on Russian state television on
Saturday.

Putin stunned Russia on Thursday by revealing that Khodorkovsky had turned to him for pardon on humanitarian grounds, citing his mother's health.

In a head-spinning succession of events, less than 24 hours later Khodorkovsky was granted pardon, walked out of prison and flew to Germany in a secret operation worked out behind the scenes with Berlin.

Prison officials said Khodorkovsky had requested to fly to Germany, where his mother has undergone treatment before.

Putin's spokesman Dmitry Peskov told AFP that Khodorkovsky was not forced into exile and was free to return to Russia.

Former German foreign minister Hans-Dietrich Genscher, who helped negotiate his release, arranged the flight for him on a private jet and picked him up at the airport in Berlin.

From the airport, Khodorkovsky was reportedly taken to Berlin's luxury Adlon Hotel near the Brandenburg Gate from which Genscher was seen leaving on Friday evening.

About 20 cameramen and photographers as well as two TV vans were waiting for a possible glimpse of the former tycoon outside the landmark hotel in sub-zero temperatures on Saturday morning, an AFP correspondent reported. 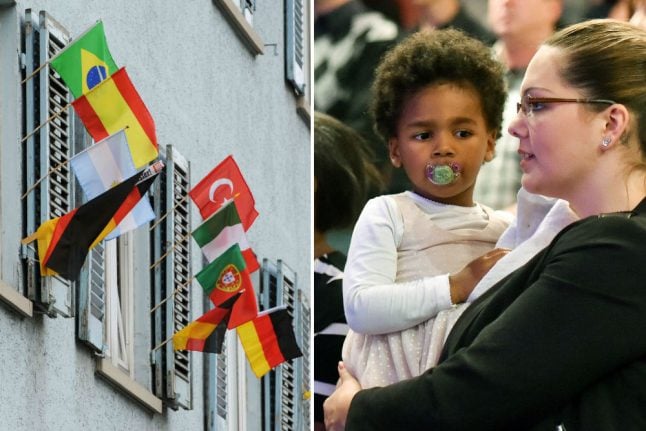 IMMIGRATION
It’s time we stop asking ‘where are you from?’ in Germany 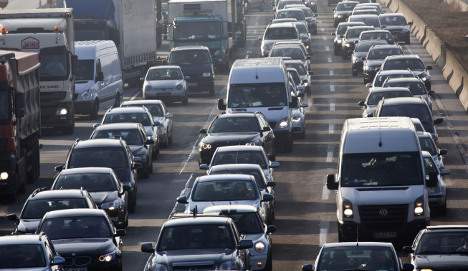 ENERGY
Green party wants only e-cars on Autobahn by 2030
Url copied to clipboard!