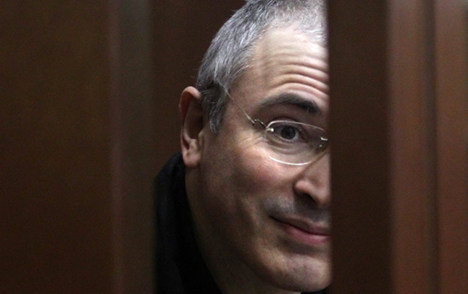 "Upon his release, Khodorkovsky made a personal request to obtain documents to travel abroad," the Federal Service for Execution of Punishment (FSIN) said in an official statement posted on its website.

"After his release, he flew to Germany, where his mother is undergoing treatment."

The prison service added that in accordance with a formal pardon signed by President Vladimir Putin on Friday, Khodorkovsky "is released from the further service of his jail sentence."

An unnamed "informed" source at the prison service separately told the RAPSI legal news agency that Khodorkovsky was flying to Berlin.

A spokesman at Khodorkovsky's official press centre in Moscow said he was "unaware" of the former oil tycoon's precise location.