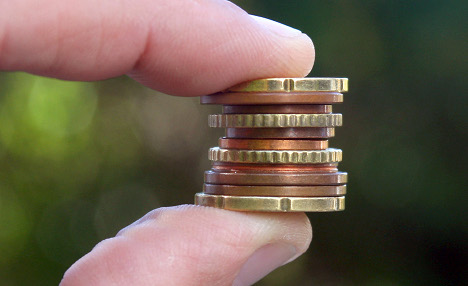 "On the basis of developments so far and in expectation for the traditionally strong results for December, it seems certain that not all of the planned net new borrowings of €25.1 billion earmarked for the year will need to be taken up," the ministry wrote in latest monthly economic report.

A government's net new borrowings amount to the public deficit. In the 11 months to November, the accumulated deficit stood at €18.1 billion, the ministry calculated.

The forecast for a deficit of €25.1 billion for the full year dates back to June, when authorities were still totting up the cost of catastrophic floods that hit large swathes of the country in the spring.

However, the resilience of the German economy and low unemployment, as well as low interest rates have all helped top up the public coffers.

Next year, the deficit is projected to shrink to just €6.2 billion, the smallest in 40 years, and finance minister Wolfgang Schäuble is pencilling in a small surplus for 2015.