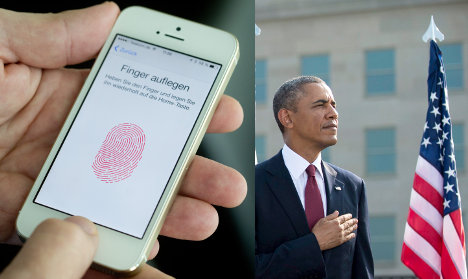 Interactive election site “Wahl-O-Mat” was German search term of the year, beating property platform Immobilien Scout which was in second place and the iPhone 5S in fourth spot. Germans searched for US President Barack Obama more than for Chancellor Angela Merkel, making Obama the politician whose name was most frequently typed by Germans into Google.

In sport, the top 10 terms included the Handball World Championships, Champions League and “Bayern Barcelona” who played each other in the semi-final of the competition in May.

The most searched for sport stars were Borussia Dortmund striker Robert Lewandowski followed by Mario Götze, who moved from Borrusia to Bayern Munich over  the summer for €45 million. Bayern coach Pep Guardiola and winger Arjen Robben were also in the top ten.

Only two stars outside of football were among the ten most searched for sportsmen and women – Sebastian Vettel, who was in sixth place, and tennis player Sabine Lisicki at number 10.

The most searched for celebrity in the “Google Zeitgeist” list was pop singer Helene Fischer followed by Paul Walker and Miley Cyrus. Rapper Bushido was number eight and Kate Middleton number 10.

Google publishes its Zeitgeist list at the end of each year. Spokesman Ralf Bremer said the list gave a good idea of what had interested people over the past 12 months.