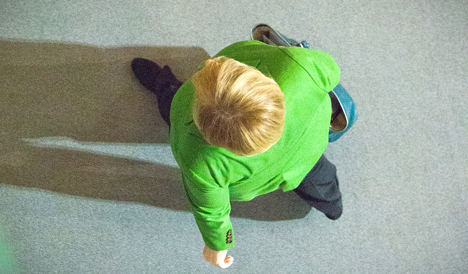 "Since the Lisbon Treaty we have a situation in Europe where everyone says, 'we can develop everything but we can't change the treaties'", Merkel told parliament. "I don't think that we can build a truly functioning Europe that way."

Merkel was addressing the German parliament in her first speech since starting her third term as chancellor the previous day, following her victory in September 22nd elections.

She said "we have a situation in Europe where Germany is often accused of resisting certain developments. This is not the case. We are among those who say that we must, if treaties are no longer sufficient, develop those treaties."

Merkel added: "I know it can sometimes be difficult for nations to push through treaty changes. But those who want more Europe must be ready for new rules regarding competencies."

The chancellor was set to travel to Paris later Wednesday for talks with President Francois Hollande, ahead of an EU summit in Brussels at the end of the week.