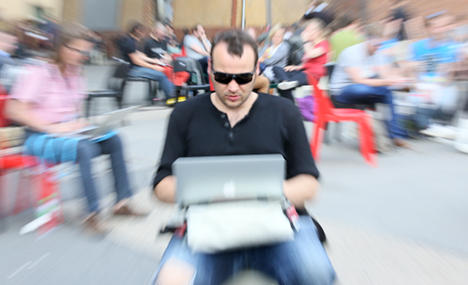 The idea was first put forward in November 2012, but took until now to materialize, and “internet and digital agenda” took centre stage in the Bundestag when it was announced on Tuesday.

Until now, topics that will be handled by the new committee – like copyright laws – were taken care of by the new media branch of the culture committee.

Politicians voiced their excitement on Twitter, with Social Democrat MP Lars Klingbeil thanking everyone involved in making the committee a reality.

The opposition Green party also gave its nod of approval. An internet committee is “at the very least, suitable for the transition into times of digital revolution,” said Green MP Konstantin von Notz.

Merkel attracted scorn when in June she described the internet as "virgin territory" during a press conference with US President Barack Obama.