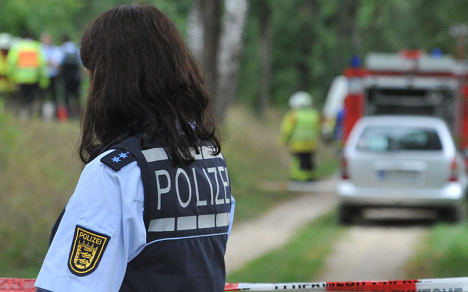 A police doctor in North Rhine-Westphalia (NRW) had been asking officers to remove their bras so he could examine their breasts for implants when they came in for their five-yearly medical check to make sure they were fit to drive, it emerged on Monday.

Normally a future officer has a full medical only at the beginning of their career, and having breasts checked for implants is part of this. It is not a standard part of driving medicals, Stephan Hegger, spokesman for NRW branch of police union GdP told The Local.

It has to be on their records, as implants can burst “if an officer is grabbed on the street, for example,” said Hegger. But they have nothing, he added, to do with whether an officer can drive or not.

He said that “there was no sexual motive behind the checks, but they were a violation of privacy.”

NRW Interior Minister Ralf Jäger told the police doctor on Tuesday to end the practice. The case was brought to the ministry's attention when a 50-year-old officer complained, regional paper the Westfalen Blatt reported.

The interior ministry said that “touching a woman's breasts for implants was not appropriate” and officers would no longer have to take off their bras during examinations.

But head of Bielefeld police Katharina Giere said on Monday that she saw no reason for the doctor in question to change his methods. In a statement she said that the being able to get proper results from the medical was “not possible even in a lightly-clad state,” the Westdeutsche Allgemeine Zeitung reported.