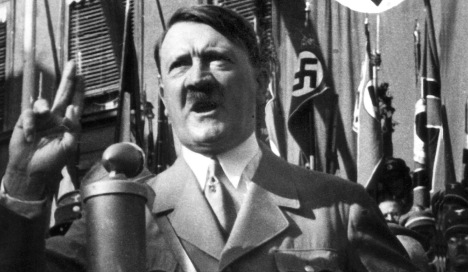 On Tuesday the town of Dietramszell in Bavaria was supposed to distance itself from Hitler and other leading Nazis in a motion put forward by mayor Leni Gröbmaier.

The move came after archivist Agnes Wagner found Hitler had been made an honorary citizen in March 1933, the Münchener Merkur newspaper reported.

Nearby Münsing carried out a similar vote a few days earlier which passed without discussion and without any opposition, the Merkur reported.

But the town council of Dietramszell refused to follow suit.

“It would be a distortion of history, the whole debate is laughable,” said council member Traudi Fröstl. Another member Josef Hauser said: "Honourary citizenship goes with death. It is all a very long time ago."

And a third council member asked: “Can we not distance ourselves from living politicians? That would be much wiser,” the Merkur reported.

Mayor Gröbmaier tried to convince the members to vote for her motion but she failed to get a majority. The council was split with eight voting for and eight against.