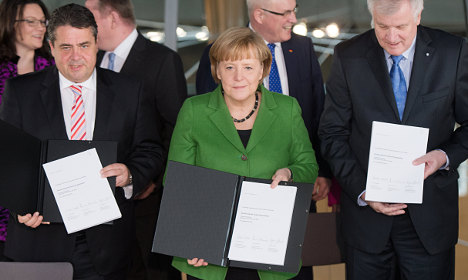 Linguists at the Society for German Language said it deserved the title because it characterized the year in a special way.

CLICK HERE for the top ten German words of 2013 The jury chose their top ten words of 2013 out of over 2,400 entries at its meeting in Wiesbaden near Frankfurt on Friday.

The decision, made by the society every year, is less about how frequently the word gets used and more about how much it gives a "linguistic chronicle" of the year, according to the language society.

Last year the linguists opted for "Rettungsroutine" – rescue routine – as word of the year, a term coined by politician Wolfgang Bosbach referring to measures adopted by Germany to address the sovereign debt crisis in Europe.

In previous years society members have used their choice to highlight major political, social and health issues especially prominent in that year.

The word of 2005 was "Bundeskanzlerin" – the female form of "chancellor" – to mark Angela Merkel becoming Germany's first woman leader.

In 1991 the linguists chose "Besserwessi", a contraction of the words for "better" and "westerner," used by East Germans to mock perceived attitudes of superiority on the part of their newly-reunited West German neighbours.

And in 1987 they picked "AIDS" and "Kondom" (condom) to highlight the spread of HIV and the drive to promote safer sex.