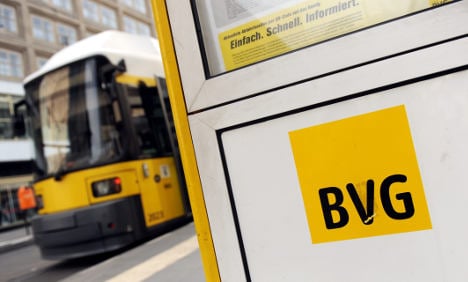 BVG which runs the city’s U-Bahns, trams, buses and S-Bahn system has a debt of more than €800 million and it wanted an annual increase of €35 million in funding, the Berliner Morgenpost reported on Friday.

But the €17.5 million yearly boost is being seen as a partial victory. BVG cited rising wages and fuel costs to justify the rise six-percent increase in its budget.

The budget for 2014/15 was decided on Thursday, but during negotiations with Berlin’s senate an extra €4 million had been approved for 2014 and €7.5 million for the year after.

That money is earmarked for increasing network capacity as more trips are expected to be made on trams and buses in particular.

BVG gets €300 million a year and half of that money is used to maintain and modernize the network.