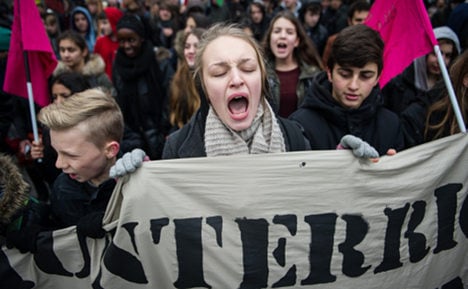 They were demonstrating for a group of 300 African refugees that arrived from the island of Lampedusa to Hamburg in spring 2011 and want the right to stay. But the city’s senate sees no legal reason to allow them to remain, the Hamburger Morgenpost reported.

The strike was not backed by schools and pupils who took part were marked as absent in their registers. They also had to provide a letter from their parents as to why they were not in class, spokesman from the education authorities Peter Albrecht told the paper.

But the Education and Science Workers' Union (GEW) saw the pupils’ strike as “a hands-on politics lesson.”

Many of the refugees have, the Morgenpost reported, placed requests for asylum to the city government. This is a lengthy process which comes with no guarantee of being allowed to stay in the city.