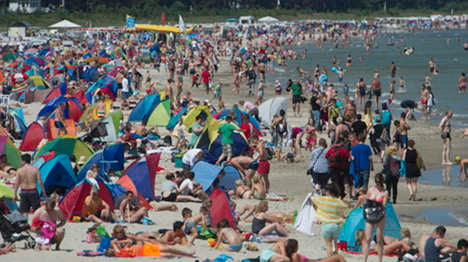 The economic and tourism minister for Mecklenburg Western-Pomerania, Harry Glawe, warned that school summer holidays in Germany’s 16 states were overlapping too much, causing problems in the tourism market. He suggested reforms to make the vacation corridor longer.

The official time frame in which schools can take summer holidays was 85 days this year but is being cut to 71 days next summer.

Glawe pushed in a meeting of all 16 economic ministers for the time frame to be raised to 90 days from 2018.

German states stagger their school summer holidays, but they have been increasingly overlapping.

This would ease the strain on roads and popular holiday spots, which have concentrated business in a short period of time.

Extending the time frame would also make it easier for families to find affordable accommodation. Increased demand for limited spots has seen renters and hotels pushing up prices – also to compensate for the long stretch of downtime outside of holidays.

Ingrid Hartges from Hotel and Catering Association Dehoga said: “The industry will have to start charging higher prices.”

Mecklenburg Western-Pomerania is a popular holiday resort, and tourism is one of its main industries. The state's culture ministry said it would also back a lengthening of the holiday corridor.