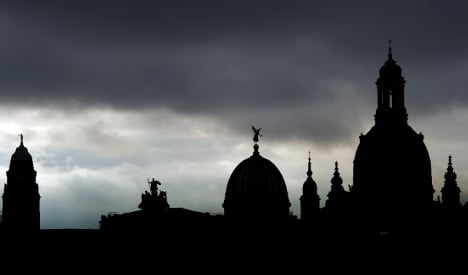 Dresden is one of the few German cities which has managed to clear its debt. Photo: DPA

Despite the economy performing well and tax receipts flooding into national coffers, many town and city treasuries are bare, according to a study released on Tuesday from accountants Ernst & Young.

One in three large German cities is suffering from a mountain of debt and 11 million Germans live in bankrupt towns and cities, Die Welt newspaper reported.

While some cities such as Stuttgart managed to reduce their debt, others such as Düsseldorf are increasingly in the red. Between 2010 and 2012, the North Rhine-Westphalian city's debt increased by 109 percent to €228 million.

And the total debt of German towns and cities with more than 100,000 inhabitants grew by seven percent over the two years, reaching €47.9 billion.

He said that many towns and cities had not benefited from increased taxes as Germany’s strong economy helped areas which were already doing well, while those areas which were in debt before 2010 had to cut back on services making them even less attractive to investors.

“Wealthy cities can court [firms] with offers attracting businesses and newcomers – and get even more investment,” he said.

National checks on debt mean cities are required to reduce spending when they get into the red, which makes the situation worse, Spiegel reported.

Debt per head was highest in western Germany, with Oberhausen in North Rhine-Westphalia, Offenbach in Hesse and Saarbrücken in Saarland, among the areas worst affected.

Essen had the largest amount of debt of the cities in the study standing at €3.2 billion – four times greater than in 2010.

But in eastern Germany and wealthy Bavaria and Baden-Württemberg in the south the financial situation of many towns and cities has improved in the last two years, the study found.

Dresden in Saxony and Wolfsburg in Hannover are free of debt.