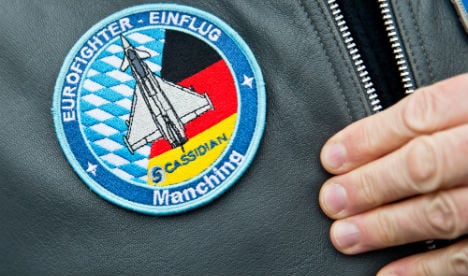 In the line of fire is not EADS' successful Airbus business, but the company's defence and space operations, both suffering a drop in orders that the company says requires urgent attention.

The restructuring is the brainchild of Tom Enders, the EADS chief executive whose bold plan to merge the European giant with Britain's defence group BAE Systems skidded off the rails last year after a surprise veto by Germany.

But Enders has made it clear that the company cannot continue as is with government clients increasingly resorting to cuts to the military as a sure way to shore up strained finances.

In the past weeks, Enders has been signalling his plans to the press, preparing the ground for announcements that are sure to raise the ire of unions, especially in Germany, where most of the cuts are expected to land.

Enders recently told a magazine in Bavaria, that "if defence orders are cancelled or reduced as has happened in Germany in recent years, an impact on production and employment cannot be avoided."

He said that EADS had lost orders worth several billion euros in Germany alone that the company had thought were certain.

The warning shot followed a separate report by the German news agency DPA that EADS is considering cutting its total workforce by 20 percent, or 8,000 employees, an alarming figure observers hope is a ploy to make the final number seem less drastic.

In November, Germany's biggest union IG Metall held an industrial action as a warning against the company's plans. In a letter to government, unions in France wondered why a company "with a 650 billion euro order book was not able to maintain job sites."

But the restructuring is seen as unavoidable after the failed plan to merge with BAE.

That was shelved after objections from Germany, which worried it would cause considerable layoffs.

No matter how deep, the cuts risk being followed by calls for political intervention in what could be the first challenge to the company's new governance structure, where governments no longer hold seats on the board.

Enders has rarely shied away from standing up to government pressure, a reputation that may have disserved him when it came to achieving his BAE merger dream.

Ever since that failure, contacts between Germany's leadership, bogged down in post election coalition building, and Enders have been minimal, said analyst Christian Mölling from the German Institute for International and Security Affairs.

Monday's expected restructuring comes at a time when Airbus is responsible for 80 percent of overall sales at EADS.

That historic rise of Airbus came after a radical restructuring in 2007 in a plan that originally called for 10,000 job cuts, but in the end cost a less than expected 7,900.

EADS has said in recent weeks that no numbers have been decided, but German newspaper Suedeutsche Zeitung reported last week that a defence factory of EADS's Cassidian unit located north of Munich was already slated to be closed.

An EADS spokesman declined to comment on the report, telling AFP that it would reveal its plans Monday.