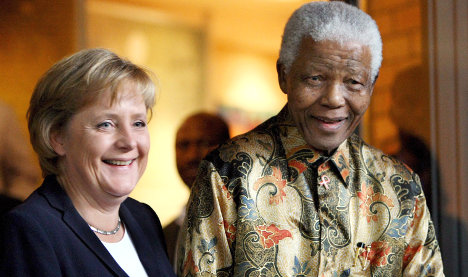 Over the last few years Nelson Mandela was revered in Germany as he was everywhere, but his relationship with the country was complex – as his ANC were supported financially by the East German regime, Westerners were initially suspicious.

Chancellor Angela Merkel visited Nelson Mandela in Johannesburg in 2007, when the former president was 89 years old. "It was a very moving moment for me to experience Nelson Mandela and speak to him," she said once she came out of the meeting.

The South African leader, she reported, had an important message for the world: "We need peace on Earth, and especially the conflicts in Africa must be resolved peacefully."

But it took some time for Mandela's relationship with Germany to reach this benign level.

Mandela first visited Germany in 1990, only months after his release from 27 years in prison, when the eastern half of the country was enjoying its own taste of freedom after 28 years under socialist rule.

As was later disclosed, that same repressive East German government had provided financial support to his African National Congress for many years. Thousands of schoolchildren in the German Democratic Republic painted pictures, which were sent to the Pollsmoor prison where Mandela was held in later years.

During the 1990 visit, when Mandela was a national hero, but not yet South African president, or even president of the ANC, Germans apparently did not really know what to make of the former revolutionary.

According to a Berliner Zeitung newspaper story from 1996, Mandela came to an industry and commerce conference in Bonn to win investment for post-apartheid South Africa from West German businessmen. There, one pin-striped businessman was quoted as saying, "Well, I've seen pictures of him and the cheers of the black people on his release on TV. He seems to be a really big deal."

Mandela was initially not as well-liked among Germany's business elite as other South African politicians who visited Bonn, such as Zulu representative Mangosuthu Buthelezi, who was regarded as more moderate – "at least he wasn't imprisoned for terrorism," as another mistrustful businessman put it. But Mandela's speech won over those attending, the report said.

And by 1996, when Mandela returned to reunified Germany, everything had changed. Chancellor Helmut Kohl, who had not met Mandela during his 1990 visit, even deigned to receive the South African president. 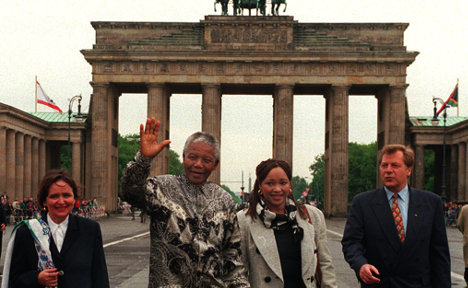 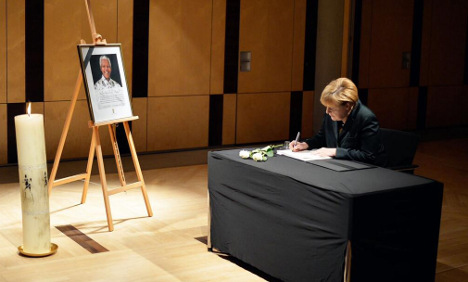