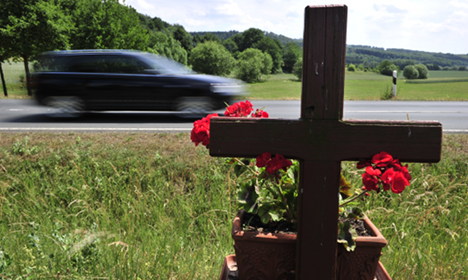 The figures from the federal office of statistics show that there may also have been a drop in people injured on the roads. It looks to be by as many as five percent, bringing the totally down to 366,000 between January and September.

If there is no large jump in injuries in the months of October to December, this will make the number of injured the lowest since 1954. The total number of accidents in those first nine months was 2.4 million – 0.2 percent fewer than last year.

Particularly notable was the fact fewer young people were getting killed in traffic accidents. Experts put this down to safer streets, safer cars, and better teaching.

Germany saw a drop of 32 percent in youngsters aged between 15 and 17 dying in accidents and 27 percent fewer people in the 18 to 24 age bracket have died since 2012.

Yet deaths on the motorway have risen significantly. In the first eight months of the year police listed 21 percent more fatalities there than the year before.