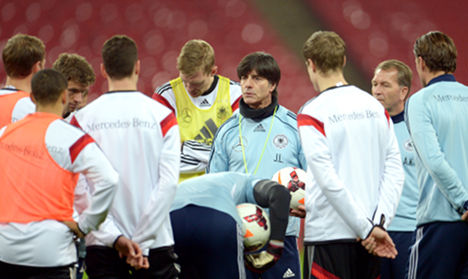 The Mannschaft will be heading to South America next summer and, guided by boss Joachim Löw, 55 percent of Germans asked said they thought their team could take home the cup.

“The whole nation is standing behind the team,” said Löw – although 29 percent told pollsters YouGov that they thought Germany had no chance of winning.

Just eight percent surveyed said that they were worried the team would drop out in the first round of matches.

Germany has won the World Cup three times and confidence in Löw is high – 21 percent of respondents said that it should be put to the players whether they want boss Löw to step down if the team did not make it to the quarter finals.

The majority, 59 percent, said that even if the team did not make it to the last eight, Löw should remain at the helm.

A quarter said they thought that a South American team would take home the World Cup.